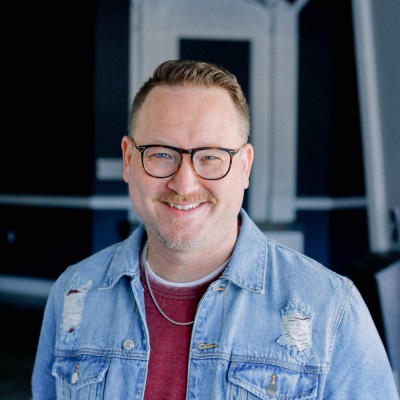 Jeffrey Smith was raised singing and preaching in churches across North America. His parents were full-time evangelists and involved Jeff in their ministry from the age of 2. As he grew and matured, he began to develop his own talents.

At the age of 17, Jeffrey signed his first record contract. Since then, he has become an accomplished recording artist and producer with 3 national releases and over 750 completed songs in his catalogue. He has written music that has been recorded and performed by a variety of artists, such as the Grammy-award-winning group Take 6, The Pointer Sisters, All-4-One, and Marilyn McCoo. Jeffrey has also had three songs make the Billboard Top 40. In the midst of experiencing great success in the recording industry, Jeffrey’s heart turned toward the local church. He soon joined his father and mother in co-pastoring City of Life Church and also began leading worship in their weekly services.

In September of 2009, Jeffrey was installed as the senior pastor at City of Life. At that same time, under his direction and production, City of Life released its first live worship album with eleven original worship songs, many of which he wrote.

Jeffrey is committed to creating a new sound in worship that allows churches across the world to connect with God in a fresh way. A prolific songwriter, musician and author, Jeffrey is dedicated to cultivating a new movement of creative artists who will reach the world with the hope of God’s love through innovative media and creativity in the arts. Jeffrey is a skilled teacher and knowledgeable teacher who is unafraid to approach the hard questions of life. Jeffrey brings his fresh perspective and great sense of humor to the stage every time he teaches.  In 2015, Jeffrey received his Doctorate of Philosophy in Theology and in 2018 he released his first book, Jesus First, Jesus Always.

Jeffrey and his wife, Amy, have a heart to serve the body of Christ, bringing a message of hope to the lost and raising up a generation sent out with a love mission.

Stay in the Loop

Stay up to date with everything happening at City of Life!

Thank you for registering for our newsletter.