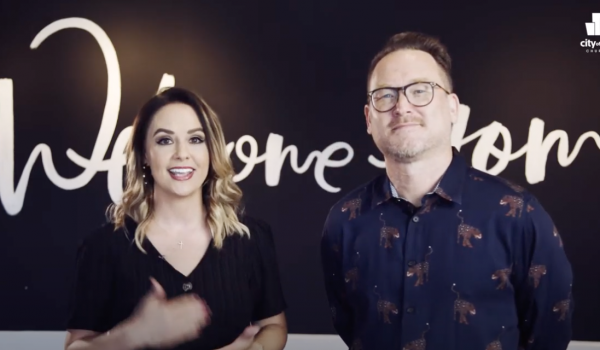 Special Message from Pastors Jeffrey & Amy Smith
Hear more about City of Life's plan for in-person gatherings, and when you can expect us to resume meeting at our locations.
Find Out More

We began with 30 people in 1986, founded and led by Doctors Gary and Janis Smith. Under their vision and leadership, what started in a small building with a handful of people expanded over the course of  twenty-five years into a multicultural, vibrant, multi-thousand member church.

In the midst of a period of explosive growth and spiritual revival in 2009, Drs. Gary & Janis were led by God to transition the senior leadership of the church to their son and daughter-in-law, Jeffrey and Amy Smith.  Pastors Jeffrey & Amy are leading City of Life into its fourth decade with a passion for building the church, reaching the lost, and making the hope of Jesus known.

In 2015, City of Life Church became a part of the Hillsong Family, which is a collection of like-spirited, forward thinking, kingdom-building visionaries and ministries under the direction of Pastors Brian and Bobbie Houston.

Stay in the Loop

Stay up to date with everything happening at City of Life!

Thank you for registering for our newsletter.